Nobody wants to deal with the aftermath of a personal injury, especially in the legal sense. But what may seem like a not-so-worthwhile attempt to seek damages for an injury may be substantially worth the injured’s time. This is especially the case if the personal injury is qualified as a catastrophic injury.

But what’s the difference? What makes an injury “catastrophic?”

If one has experienced a personal injury in Aurora, Colorado, one may probably wonder what their legal options are. The first step in seeking wrongful injury compensation is to distinguish whether the injury is personal or catastrophic.

The Difference Between Personal and Catastrophic Injury

The biggest difference between personal and catastrophic injuries is the range of damage and disability.

A personal injury can be defined as an animal bite or a broken ankle from a neglectful accident. A catastrophic injury could be defined as a spinal cord injury that requires lifelong special care.

To make it clearer on the lines between personal and catastrophic injuries, let’s look at some of the common differences.

Medical malpractice occurs when a doctor or other health professional fails to provide a patient with adequate, skillful care and results in a patient’s injury.

Medical malpractice is not exclusive to personal injuries and can be the cause of catastrophic injuries as well. These cases are notoriously difficult to win, but certainly not impossible.

In the case of slipping and falling on a particular property, one can seek damages for an injury caused by the recklessness and safety neglection of a property owner.

In a vast majority of cases, an animal’s owner is held personally responsible for medical costs accrued for an injury resulting from an attack from said animal. Laws surrounding animal bites vary from state to state.

TBI can be caused by bike or pedestrian accidents, medical malpractice, and many other factors. TBI can result in debilitating cognitive and emotional problems that are lifelong.

This is the most common type of catastrophic injury and usually result from car accidents, falls, and trampoline accidents.

This devastating catastrophic injury changes the patient’s physical and emotional life. Damages for such an injury could include proper prosthetics and long-term medical care.

Blindness and deafness as a catastrophic accident often occur as the result of medical or parental negligence. Loss of income and emotional distressed are just a few damages one could seek for such an injury.

Disfigurement can be the result of medical malpractice or an intentional attack, and damages will likely include emotional distress.

A severe burn injury could require long-term care as well as additional surgeries. Skin graft operations for severe burns often result in disfigurement catastrophic injuries as well. Many burn injuries are caused by the negligence of another party.

A common result of car accidents, multiple bone fractures will often require multiple surgeries and result in loss of income.

Exposure to Toxic or Hazardous Chemicals and Substances

Exposure to dangerous chemical is often the result of workplace negligence in factories.

Personal injury and catastrophic injury are both very serious and undesirable positions to be in. You have the right to seek compensation and justice for the trauma you experienced, and the talented attorneys at Alhasoon, Glidden & Glidden are available to take on your case. You don’t have to go it alone, contact us today! 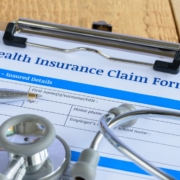 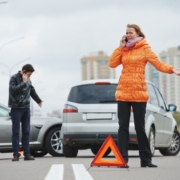 Why You Need Uninsured/Underinsured Motorist Coverage 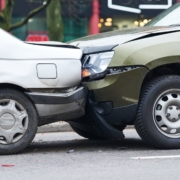 Has your Automobile Been Damaged in an Accident?
0 replies

Why the Schedule of Truck Drivers is Concerning?